London, with its long and colourful history, is a mightily photogenic city. The sheer diversity of its many neighbourhoods has provided ideal settings for all genres of film.

The city has been every bit as comfortable hosting an Ealing Comedy as accommodating the spectacular pyrotechnics of the Marvel Universe.

Let movies be the guide for you to discover the city anew.

This is a taster of sites you'll recognise from the big screen for you to visit for yourself.

(Oh, and if you're looking for Mary Poppins or My Fair Lady – I'm afraid these two films were made entirely in the studios in Los Angeles).

So, pick up your camera, get out there and put yourself in the movies.

* If you want to see the complete list of London entries on the site, see London Film Locations 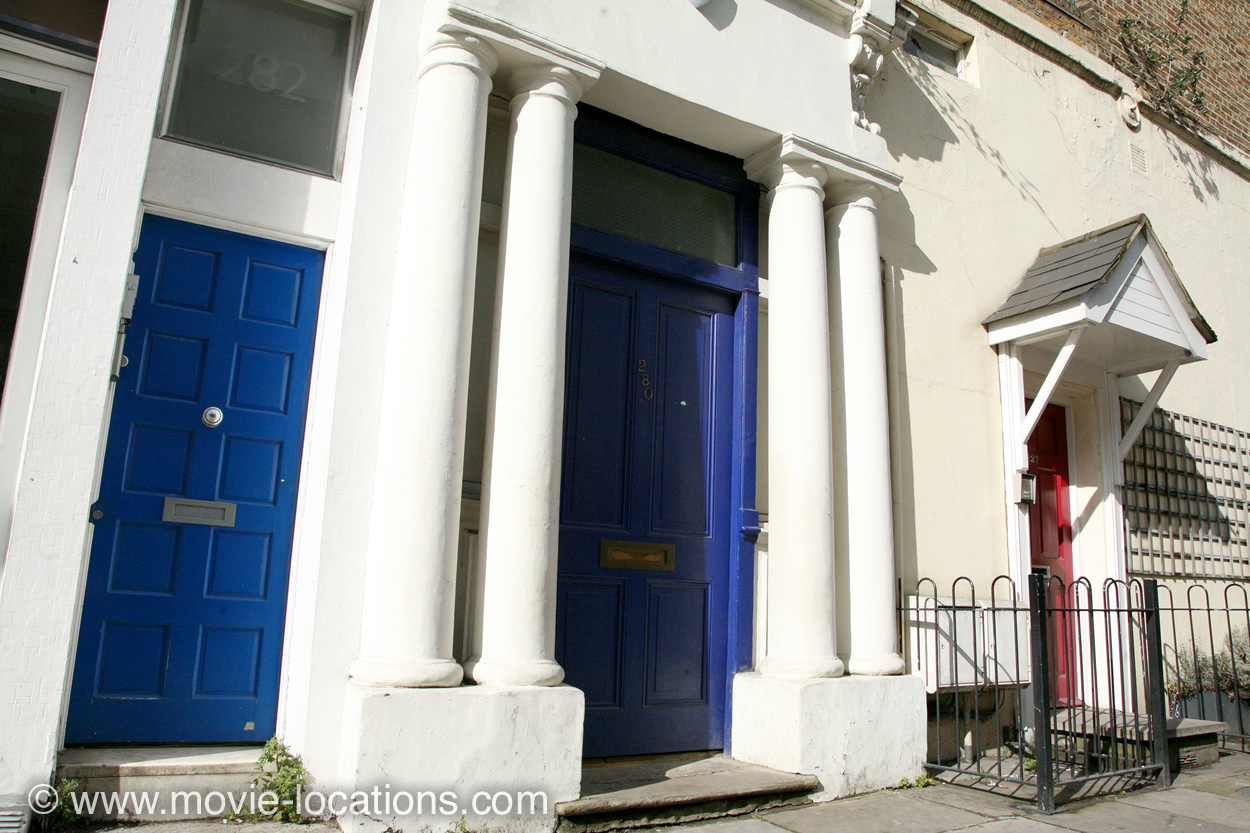 Where better to begin a rundown of the top London film locations than with that abiding image of the 90s rom-com genre, Notting Hill's 'Blue Door', behind which bookseller Hugh Grant conducted an unlikely romance with Hollywood movie star Julia Roberts?

Years later, that doorway remains a firm favourite, with a constant stream of romantics lining up to take selfies.

FUN FACT: The home behind the door is much grander than the down-at-heel digs seen in the film (that was nothing more than a studio set) and, at the time of filming, belonged to Richard Curtis, the film's screenwriter. 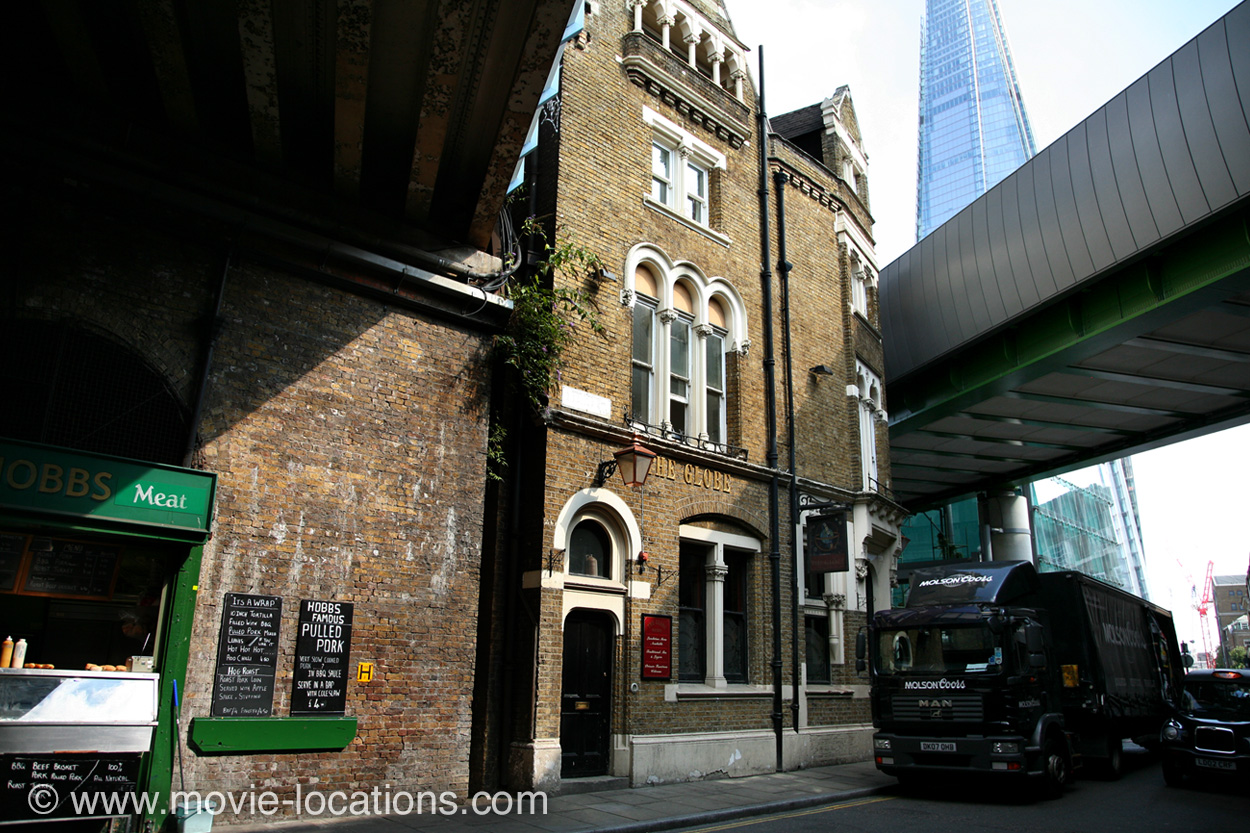 In Helen Fielding's original newspaper column, the singleton diarist lived in West London's Holland Park but for the film, she's relocated south of the Thames to a flat above a pub in the more characterful Borough, near London Bridge Station.

The neighbourhood has seen plenty of redevelopment in recent years and the old Borough Market has become a foodie's paradise. The area is now overlooked by one of London's new high-rise landmarks / monstrosities, the towering pointy-pointy Shard.

FUN FACT: The entrance to The Leaky Cauldron Mk II (in Harry Potter and the Prisoner of Azkaban) can be found nearby. 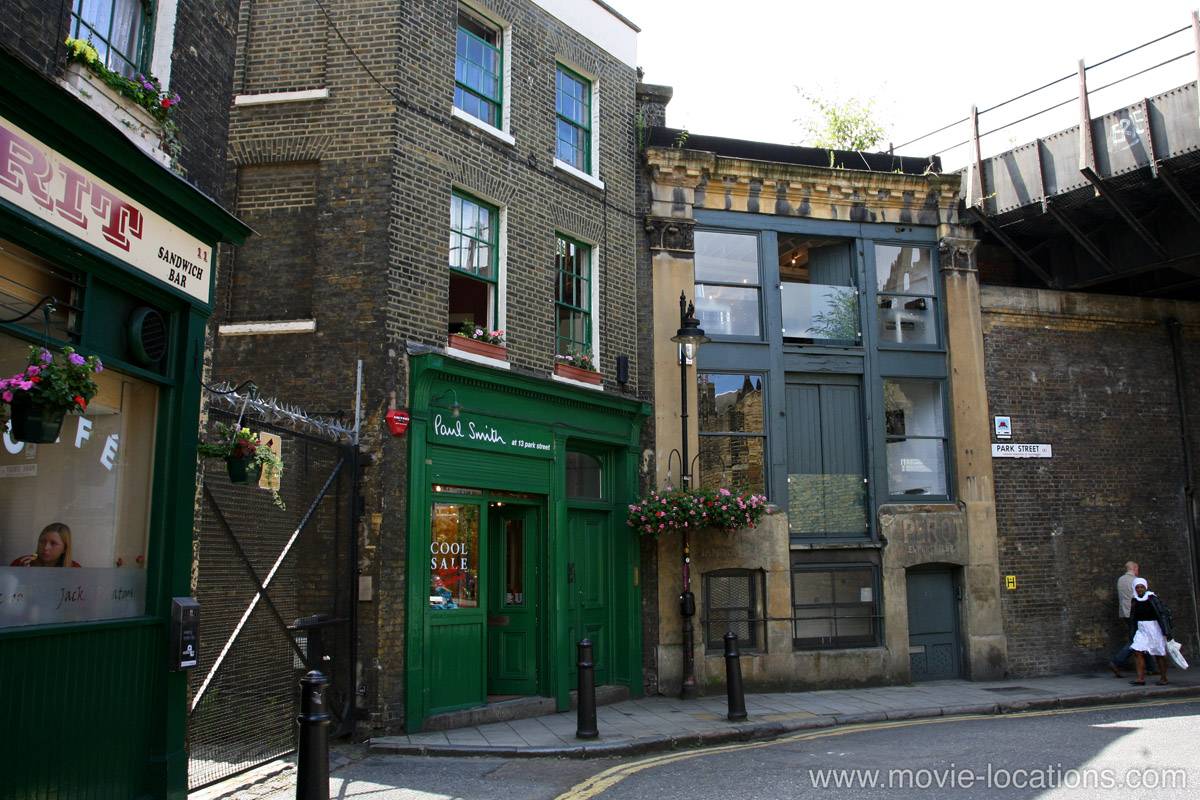 Staying in Borough, the hide-out of Dog's gang, in Guy Ritchie's breakthrough caper movie, is on Park Street, one of the city's wonderfully unmodernised streets on the other side of Borough Market from The Globe.

Park Street looks so good on-screen, you've probably seen it in lots of other films.

FUN FACT: Mr Bast (Sam West) lived here in the 1992 Merchant-Ivory adaptation of Howards End. Guy Ritchie to EM Forster – you have to admit this is one adaptable street. 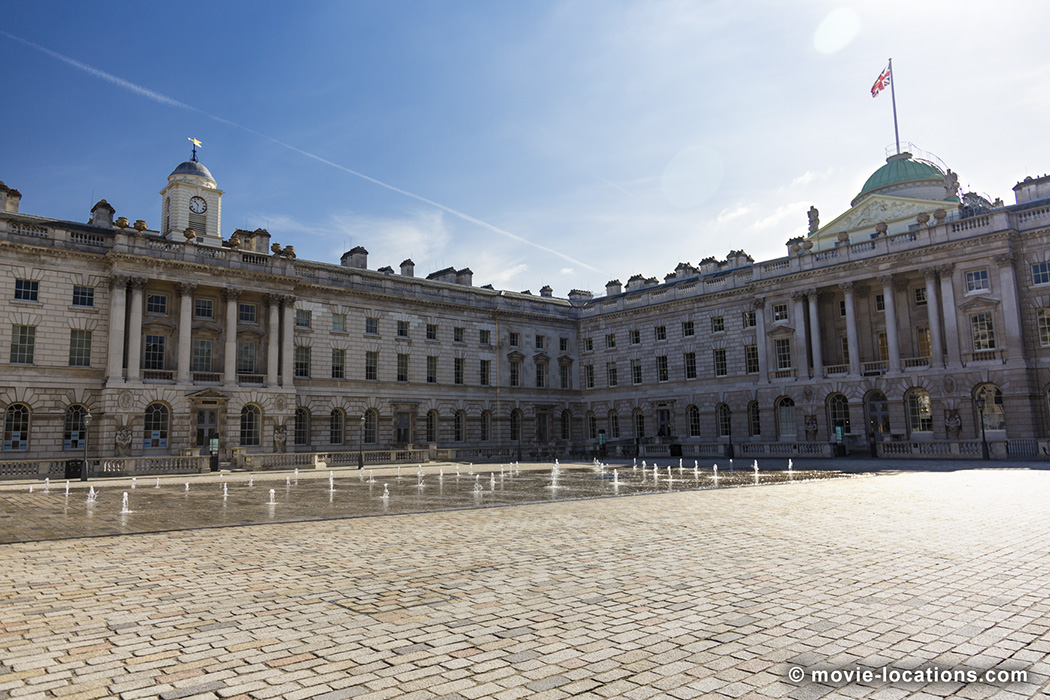 Another endlessly versatile location is the courtyard of Somerset House, a prestigious arts centre just off the Strand in London's West End.

For decades, Somerset House was famous as the central registry of births, marriages and deaths in the UK (it's where the would-be assassin gets his fake identity in 1973's The Day Of The Jackal).

The courtyard, which is now bursting with fountains, was then no more than a car park, but the grand surroundings of the Georgian quadrangle have made it a perfect backdrop for films, most famously as the 'St Petersburg' square in GoldenEye. 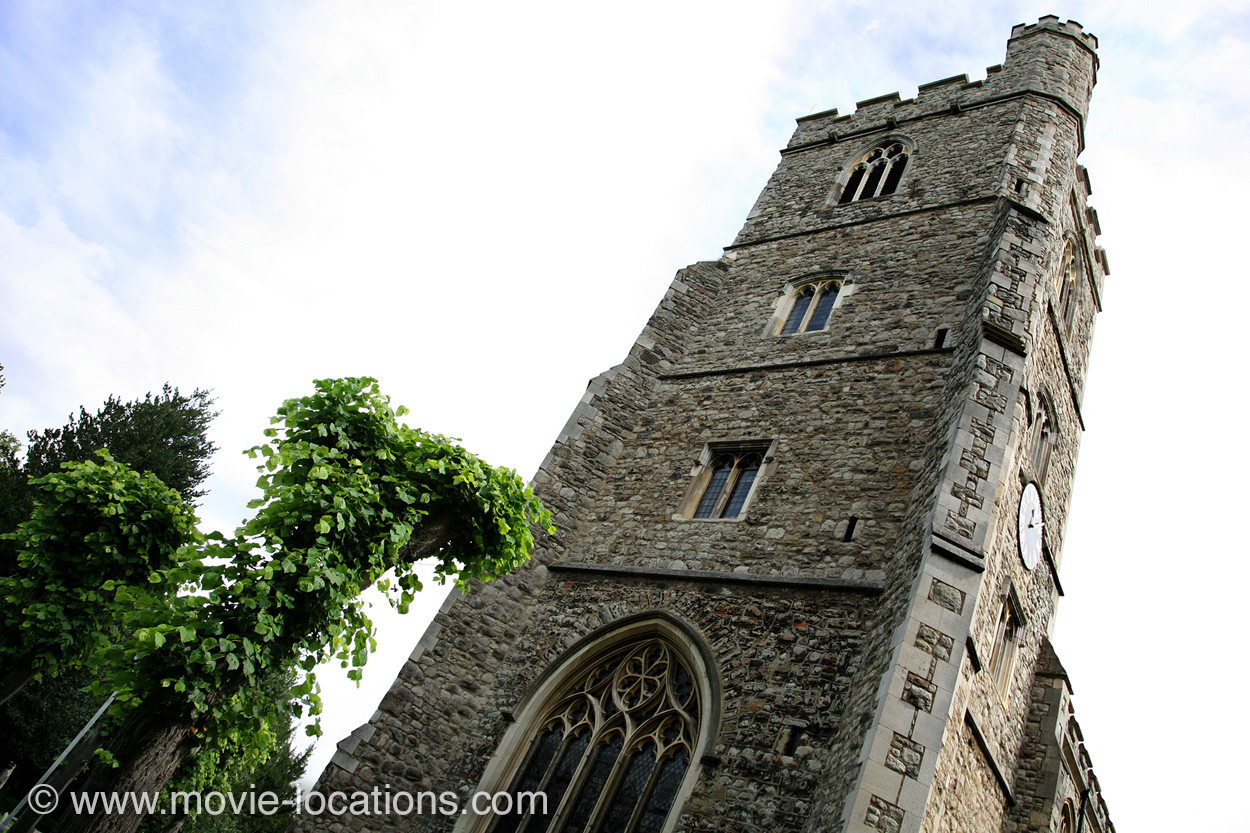 If you’re a fan of classic horror, you'll want to take a little trip on the District Line to southwest London, and Putney Bridge, on the north bank of the Thames. Here you'll find to the churchyard where Father Brennan gets speared by a lightning conductor plummeting from the church tower.

In reality, it's a peaceful little spot and the nearby riverfront walk where US Ambassador Thorne (Gregory Peck) is treated to (totally bogus) verses supposedly from Revelations, is a lovely place to relax.

Hi! – you are visitor

GETTING AROUND: Transport For London